"I recommend an Italian film, Il sole negli occhi (Empty Eyes) by Andrea Porporati. It’s very well shot and deserves to be seen for the interpretation by the leading man, Fabrizio Gifuni: a terrific actor who is growing day by day, film after film." Pupi Avati, Il Messaggero –  30 November 2001

[...] Here the minimalism is a clear source of symbols, and corresponds to the tranquility of the beholder and the simplicity of the screenplay, which arranged the scenes to capture the ‘utmost’ indications by the characters. At the same time, it corresponds to the fury and folly of tragedy, culminating in the scene of patricide and ambiguous stasis in which movement is shown in the expressions, the tight close-ups, of Fabrizio Gifuni, a great actor who has become the most astonishing cinematographic figure in contemporary Italian films. Andrea Caramanna, reVision

[...] The merit, there is no doubt, goes to the actors: from Fabrizio Gifuni’s test of maturity to the sober and unpretentious Mastrandrea and Cavina, and the always sweet Delia Boccardo. Aldo Fittante, FilmTv – 2 December 2001

[...] Superior to any praise, Fabrizio Gifuni, the only Italian actor of his generation. Stefano Selleri, Gli spietati

[...] Gifuni and Mastandrea are very good and the name of Dostoevsky is not invoked in vain. Fabio Ferretti, Il Messaggero

[...] Gifuni thus confirms that he is an actor of whom you can never say enough good things and who in recent years has carved out a rather uncomfortable task for himself: showing us characters we’d prefer to forget and – as in the case of Marco – men better consigned to the printed oblivion of daily newspapers, allowing us to live more peacefully. [...] SuperEva.it 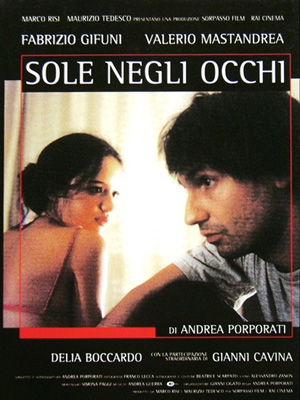